On Thursday, October 14th 2021, Tasveer Festival hosted a symposium on Underrepresented Muslim Voices in Mainstream Global Media, presented by the University of Washington South Asia Center. The symposium included five panelists and one moderator, who explored the systematic invisibilization, simplistic one-dimensional portrayal, and racial-profiling and stereotyping of Muslims in the mainstream media across the world (including films, TV dramas, or news). These conversations are happening in a time period where Islamaphobic leaders coming to power, and micro- and macro- acts of violence against Muslims are rising. The panelists answered a variety of questions on the need for Muslim representation in the media – where there are dangers of a single story, dangers, as Oscar nominee Riz Ahmed states “that measure [their] cost in blood.” They discussed how the over-weighting on Muslim-identity can be difficult to navigate, particularly in industries where many are either the only people of color, or Muslims in the room; additionally they shared how they both utilize and disrupt stereotypes in their art and work, showcasing the complexity of identity, and answered a few questions from attendees.

Radhika Govindrajan (moderator), is an Associate Professor of Anthropology and International Studies at the University of Washington moderates this symposium on the misrepresentation of Muslim minorities in mainstream media across the world, whether it be films, TV dramas, or the news.

Ayesha Chaudhry is the Canada Research Chair in Religion, Law and Social Justice and Associate Professor of Islamic studies and Gender studies at the University of British Columbia and the author of “The Colour of God.”

Hussain Haidry is a poet, lyricist, and screenwriter. he has co-written the web series, “Laakhon Mein Ek” (Season Two), and a short film, titled Madhyaantar.

Iman Zawahry is one of the first hijabi American-Muslim filmmakers in the nation. She wrote and directed her award-winning debut feature film, the TSAFF closing night film, Americanish with a majority female crew.

Farah Bashir was born and raised in Kashmir. A former photojournalist with Reuters, she works as a communication consultant. “Rumours Of Spring – A Girlhood in Kashmir” is her first book.

Aizzah Fatima writes the often untold and remarkable stories of immigrants, women, and people of color. She is the recipient of the Doris Duke Foundation for Islamic Art grant with Brooklyn Children’s Theatre, and has written the book for the musical The Ten Year Test which is the first children’s musical to feature Muslim protagonists in the US. She co-produced the horror feature film titled Horror Time which is executive produced by James Franco. Her TV pilot Muslim Girls DTF: Discuss Their Faith is the winner of the 2020 Roddenberry Impact Award, and the winner of the 2020 Yes, And…Laughter Lab with Comedy Central and 3Arts. She is a MFA graduate of Emerson College in Film & TV Writing. 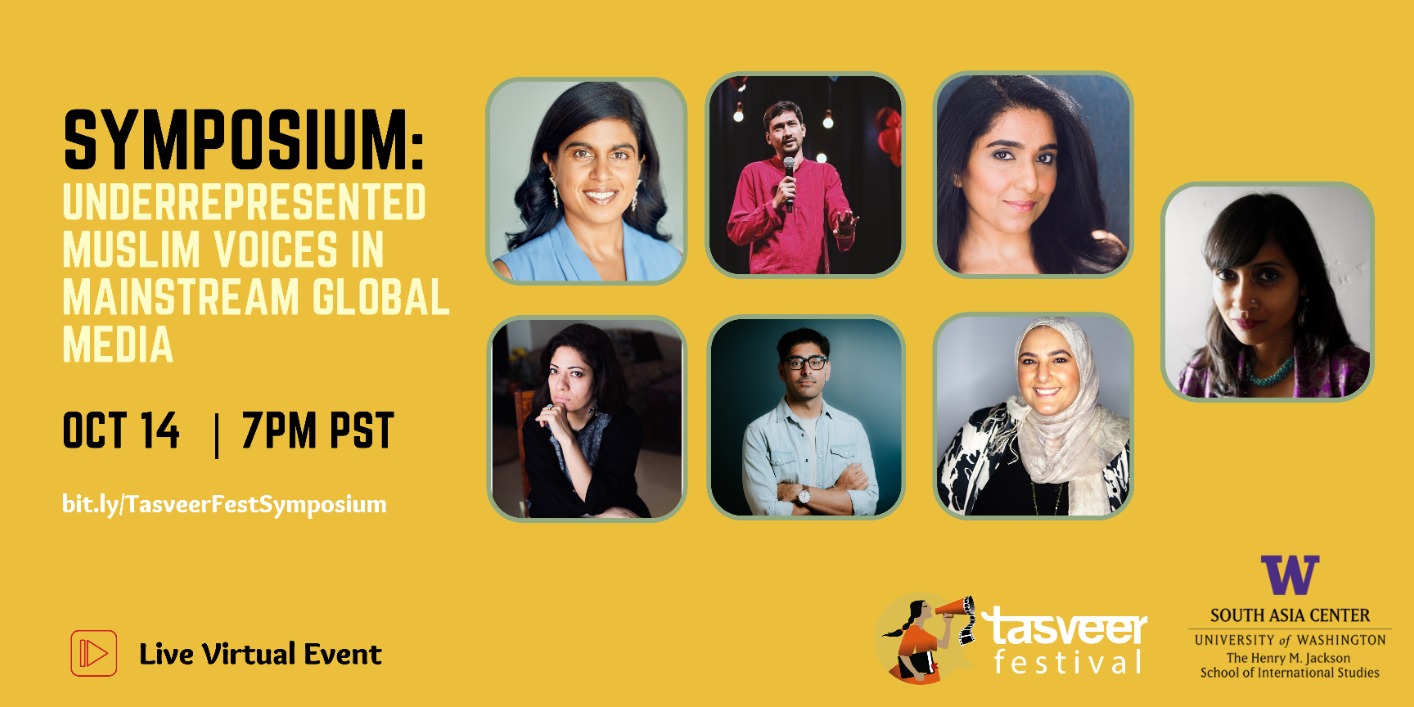