Professor Rigger traces Taiwan’s economic development during the 20th century as a former Japanese colony, through decades of conflict and tension with China, and into the present day where the Taiwanese and Chinese economy are inextricably linked. During the colonial era, imperial Japan instituted many industrializing policies in manufacturing and agriculture in Taiwan. After the fall of the Japanese empire during World War 2 and the retreat of the Kuomintang to Taiwan during the Chinese Civil War, Taiwan experienced an agricultural revolution which then channeled investment into small and medium-sized enterprises (SME) focused on the export of manufactured goods.

Professor Rigger highlights that this export-led growth initiated Taiwan-China economic interdependence as Taiwanese cost of production increased to an unsustainable level. When Taiwan and China re-opened travel between each country, many Taiwanese returned to China to visit long separated family members. Opportunities arose for both nations as the Taiwanese visitors recognized the availability of cheap manufacturing labor in China, and thus began transitioning manufacturing bases to China. Professor Rigger explores the importance of trade and investment across the Taiwan Strait, arguing that Taiwanese investors (台商) were the mechanism by which China was able to excel as quickly as it did, particularly in the 1990s and 2000s when Taiwan was transitioning into a high technology economy. As supply chains diversified, and Chinese firms gained ground on their Taiwanese counterparts, Professor Rigger describes how Taiwanese firms have lost sway as a critical actor in Chinese development. While direct business influence may be less prevalent, the socio-cultural impacts Taiwan brought to China remain impactful in how business is done, how Chinese popular culture has evolved, how consumer behavior has been shaped, and more.

For more on Professor Rigger’s monograph and the Book Talk itself, please watch below, or on our Youtube channel. 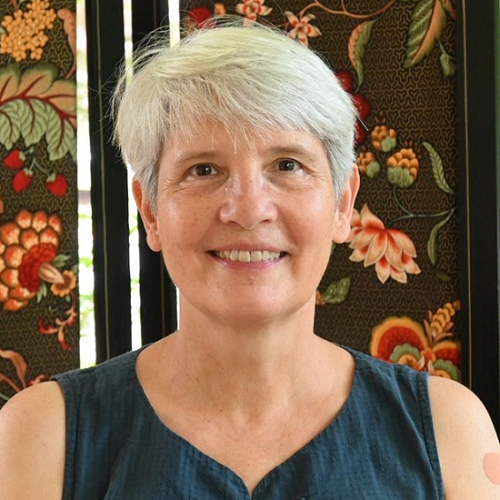 Shelley Rigger is the Brown Professor of Political Science at Davidson College. Her Research studies the effects of cross-strait economic interactions on Taiwan people’s perceptions of mainland China, and on U.S. interest in Taiwan. Professor Rigger is the author of Why Taiwan Matters: Small Island, Global Powerhouse,  as well as Politics in Taiwan: Voting for Democracy,  and From Opposition to Power: Taiwan’s Democratic Progressive Party. Rigger’s monograph, Taiwan’s Rising Rationalism: Generations, Politics, and “Taiwan Nationalism” was published by the East West Center in Washington.